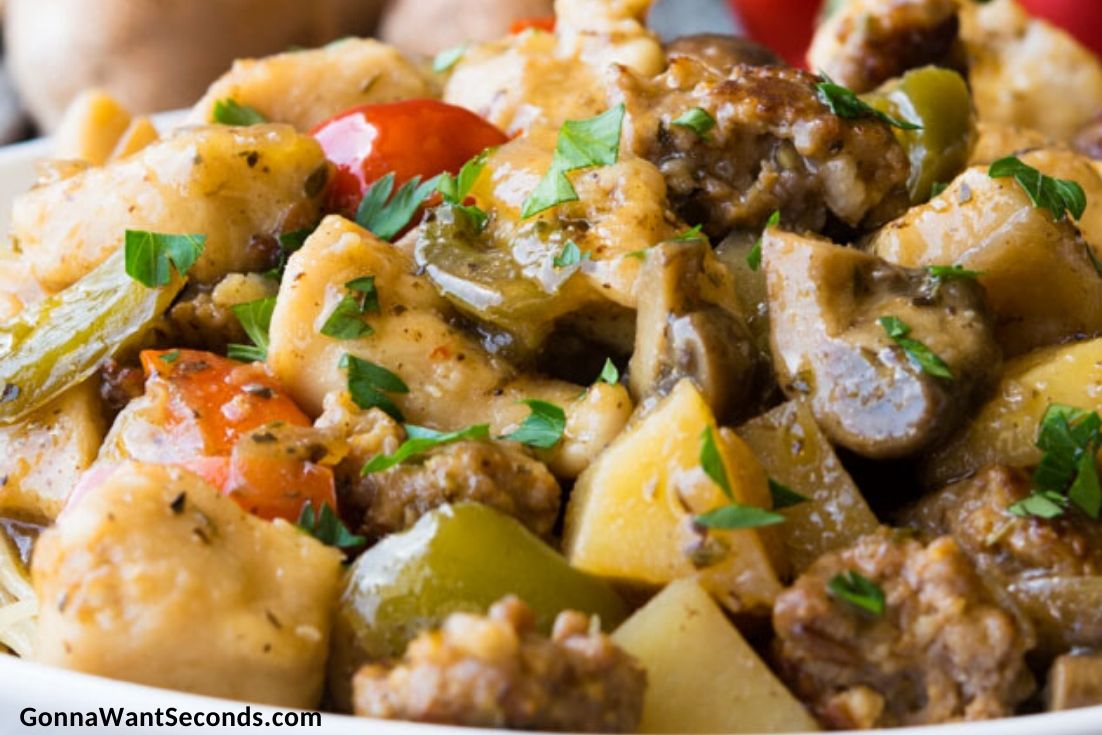 Chicken Murphy is an Italian inspired favorite that’s a delightful mix of chicken, Italian sausage, peppers, and potatoes combined with a divine sauce.

Our Chicken Murphy is an Italian inspired favorite that includes a delightful mix of diced chicken, Italian sausage, peppers, and potatoes combined with a divine sauce made of stock, wine, and pepper brine, and served over a bed of angel hair pasta. Perfect for gathering your family around the table for Sunday Supper! 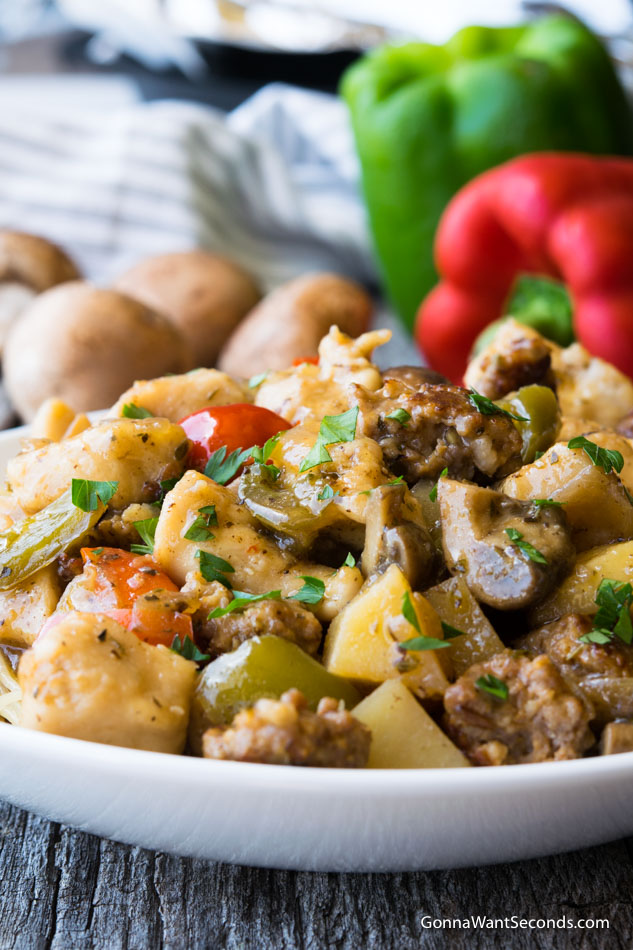 Now, you’re probably going to say at first glance that this Chicken Murphy doesn’t really appear to be an Italian recipe, but I can assure you that it’s at least Italian-American.

Recipes that fall into this category have been shaped throughout history by various waves of immigrants and their children, called Italian Americans. These immigrants settled throughout different regions of the United States and brought with them a distinct regional Italian flare.

And boy, we’re sooooo glad they did!

PIN IT TO YOUR DINNER BOARD TO SAVE FOR LATER! 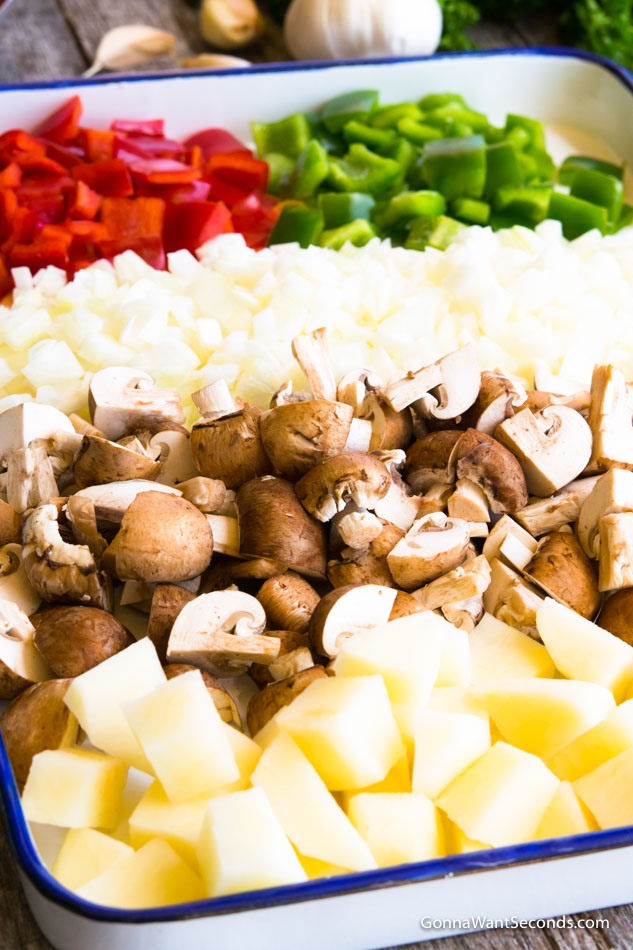 What is Chicken Murphy?

The “Murphy” portion of the recipe is the potatoes, and with the Italian sausage and peppadew peppers, this Jersey Shore classic will quickly become a family favorite. There’s something about the combination – it’s like a flavor trifecta!

You will find yourself making it your go-to meal when dinner calls for something special and you have a little extra time to spend making it.    And because it’s prepared in one pot – with meats, sides and veggies included – cleanup is quick and easy.

Think about it – how can you go wrong with combining chicken, sausage, and potatoes in one dish?

The addition of the peppery brown gravy pulls together a dinner that will leave them yearning for more. And the sweet and sour flavor elements the peppadews bring to the dish is over the top delicious! 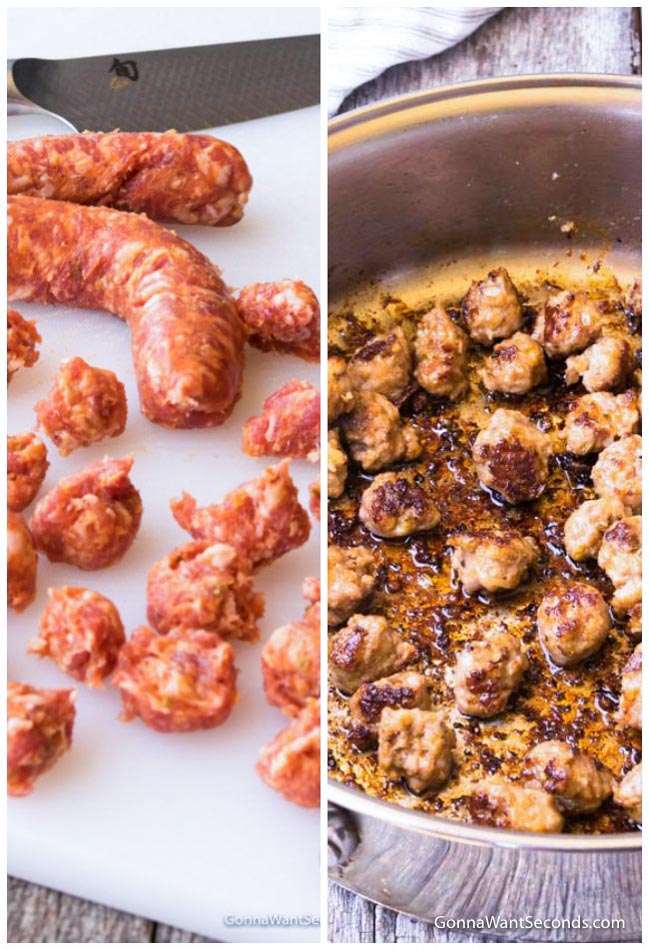 What are the origins of Chicken Murphy?

In fact, the Chicken Murphy origin is a bit cloudy – it’s supposedly named after a cook or a waiter, or a customer named Murphy.

It typically includes a chicken breast, which is either breaded (a la Chicken Francaise) or not breaded, sautéed with hot pickled peppers, potatoes, and Italian sausage.

Even though we couldn’t find a Chicken Murphy wiki, it’s one of those dishes whose origin can be traced to Italian-American restaurants, mainly in New Jersey.

Chicken Murphy is a more brown sauce-centric variation of the sausage and peppers that is fairly common to tailgate party cuisine.

For people who want some delicious Chicken Murphy, New Jersey is the place to go!

Many foodies feel that the Chicken Murphy recipe Belmont Tavern uses is the best they’ve ever had. The tavern never changes, doesn’t take reservations, only accepts cash, and could be from a scene in the Soprano’s. Locals who grew up in the area and then moved to the suburbs, come back year after year. 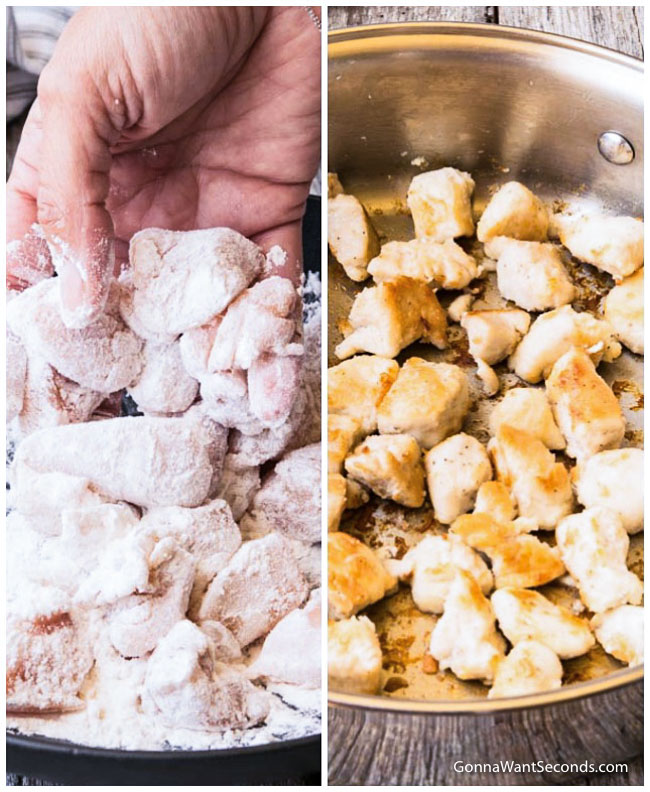 How do you make Chicken Murphy?

The idea with this dish is to get everything started in a Dutch oven or a large, high-sided skillet and then simmer everything together to blend the flavors, reduce the liquid and thicken the sauce.

Chicken Murphy in brown sauce uses flour to thicken the deliriously delicious stock, wine, and brine combination. While it already includes a carbohydrate with the potatoes, I prefer to serve it over angel hair pasta with a sprinkling of fresh chopped parsley. I mean, can you really ever have too many carbs? 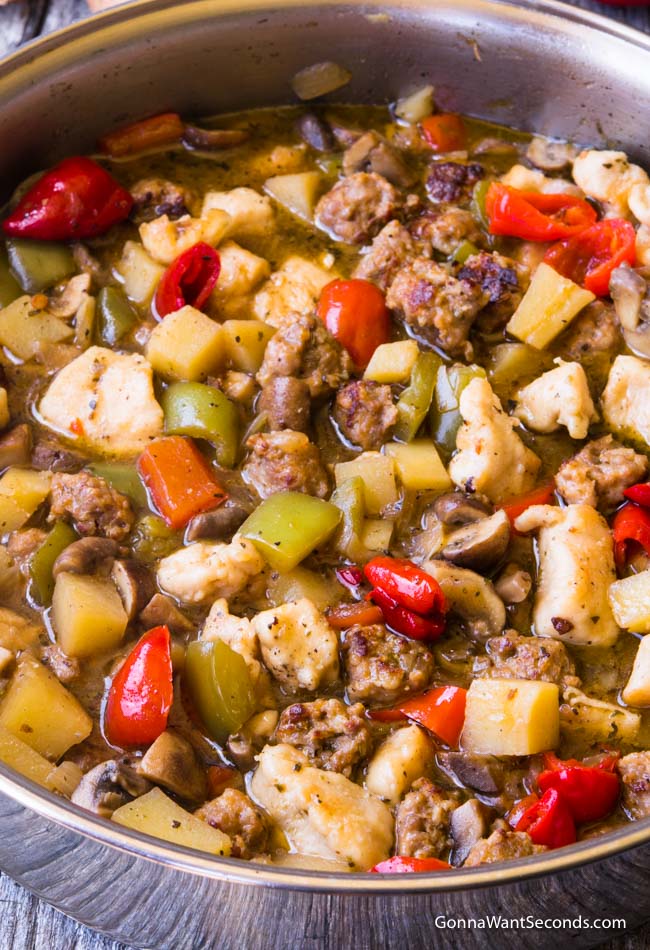 Rather try a Baked Chicken Murphy?

Here’s how you can do it: 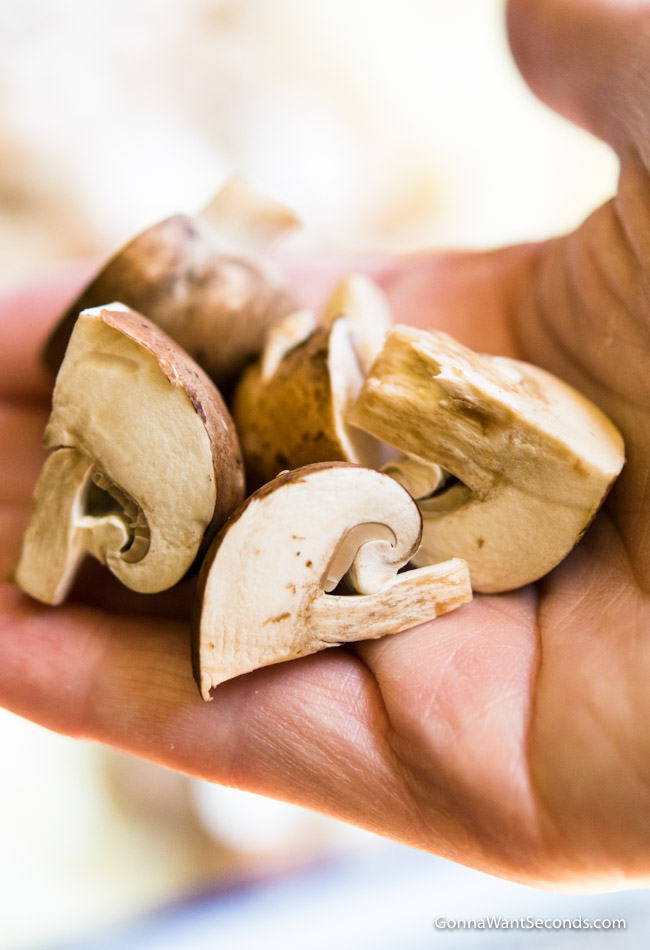 What’s the difference between Chicken Murphy and Chicken Scarpariello?

Chicken Scarpariello is believed to have originated in New York and “Scarpiello” in Italian means “shoemaker or shoe fixer”.

There are a couple of thoughts on how this dish got its name – the first idea is that this dish refers to “shoemaker style”, meaning that is a meager dish.

Made with sweet peppers in a light wine sauce, this Italian-American chicken recipe is right up there in poultry greatness. There are many variations to the recipe, but it’s almost always made with just a handful of ingredients and a ton of flavor.

Just like the Chicken Murphy, the Chicken Scarpariello is elegant enough for a special occasion but works just as well for a midweek treat. Although it’s basically a complete meal, you’ll definitely want to have some crusty bread nearby to dunk in the leftover sauce! 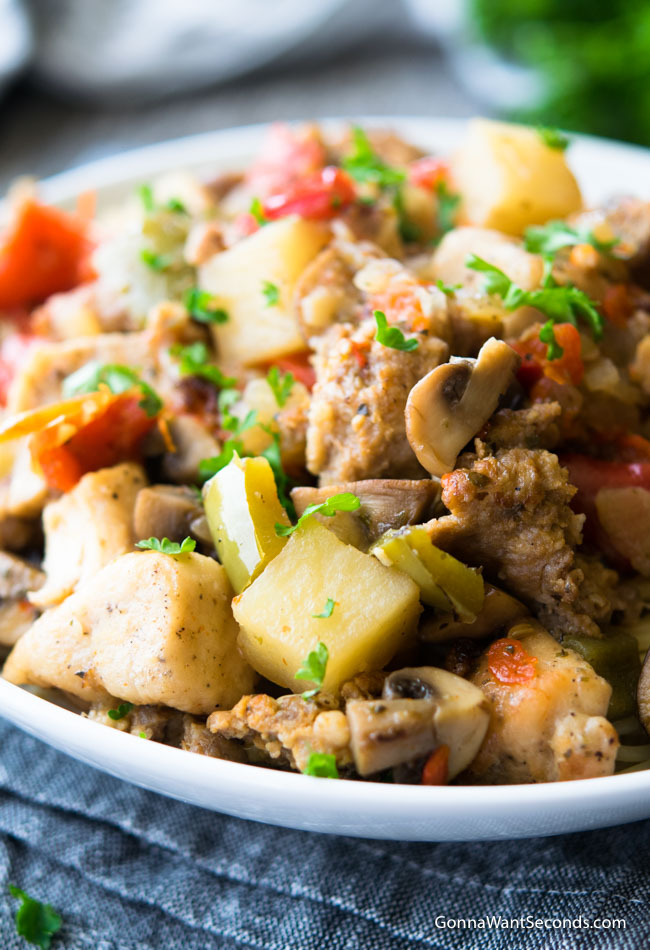 Differences and similarities between the two dishes include the following.

Another favorite is Chicken Française,  an Italian-American dish consisting of flour breaded then egg-dipped, sautéed chicken cutlets finished with a sauce made of lemon-butter and white wine.

The dish is popular in the region surrounding Rochester, New York, to the point where some have suggested the dish be called Chicken Rochester. 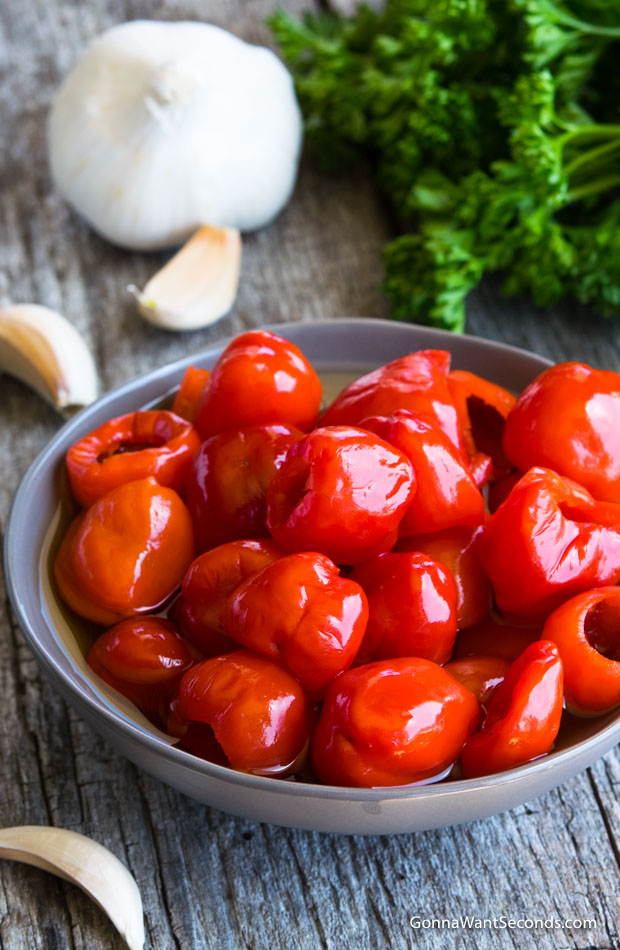 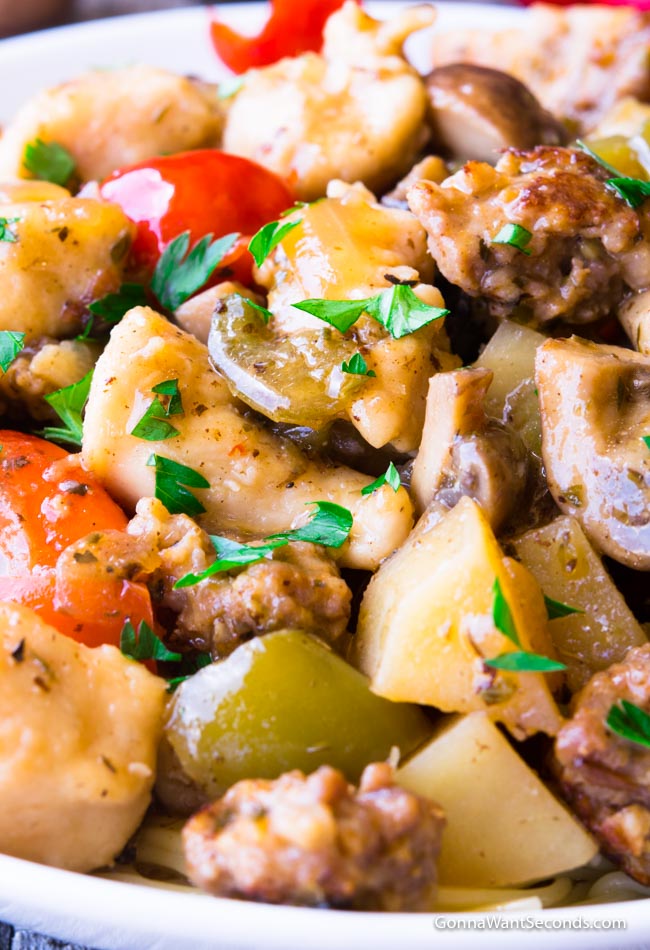 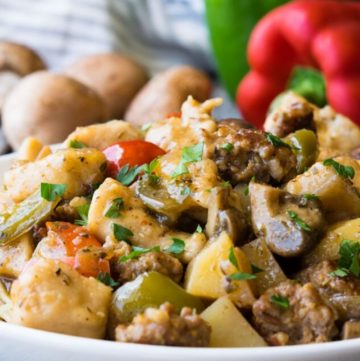