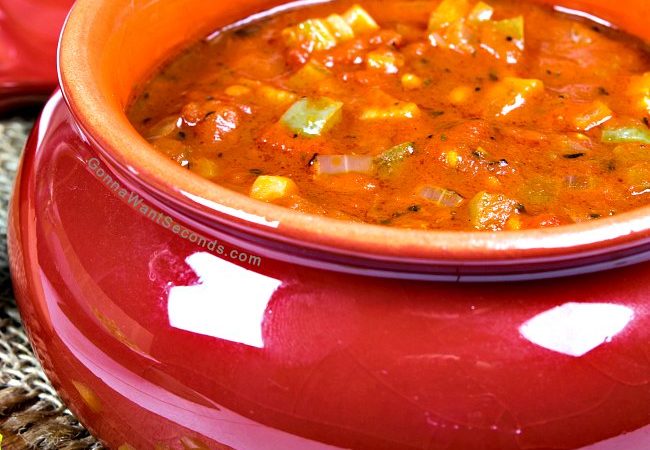 Jazz up dinner time with this authentic Creole Sauce recipe. Simple ingredients create a complex sauce guaranteed to start a Louisiana fete at your dining table! Each state has its own “origin” dish, the one sweet or savory treat considered its culinary claim to fame. In Alabama? It’s fried green tomatoes. Maine? It’s the lobster

Jazz up dinner time with this authentic Creole Sauce recipe. Simple ingredients create a complex sauce guaranteed to start a Louisiana fete at your dining table!

Each state has its own “origin” dish, the one sweet or savory treat considered its culinary claim to fame.

Only one state, though, has constructed an entire, world-renowned cuisine, one inspired by the French but built on ingredients and seasonings and dishes that are uniquely theirs. This Creole Sauce is one little piece of the puzzle that is the amazing food of Louisiana. 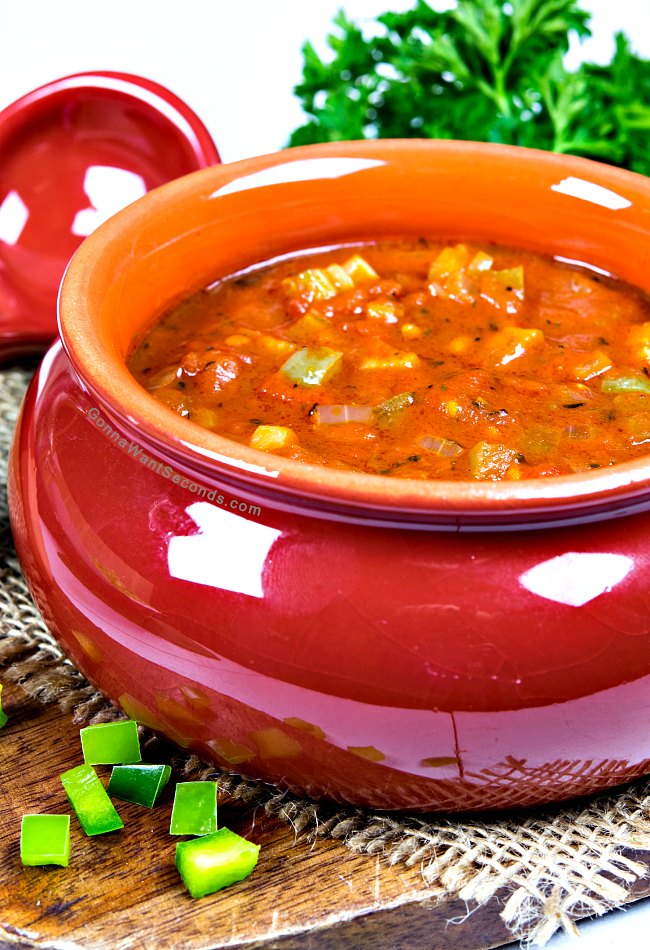 Pin it to your SAUCE BOARD to save for later!

When you step onto the streets in New Orleans, you know you’re somewhere special.

Everywhere you turn there’s a party for your senses . . . vibrant music, a rich, colorful culture, and enticing aromas wafting out of eateries tucked into every corner of the city.

From open-air cafes with hot beignets and coffee to five-star restaurants with white tablecloths and oysters Pontchartrain, it’s impossible to discover all the complex textures and flavors of this foodie mecca (though I’m more than happy to die trying!).

Is Cajun spice the same as Creole?

Well, you’ve probably heard the terms “Cajun” and “Creole” tossed around like they’re one in the same. While some of the spices do cross over from one to the other, there are some differences, and those differences are definitely worth doing some taste-testing to distinguish the two!

Creole cuisine, created by French colonists in New Orleans, had the benefit of the melting pot of people in the giant port city, so ingredients from all across the world helped shape the food.

It’s usually associated specifically with New Orleans too, rather than other cities around the state.

Compared to Cajun cuisine, which is rooted in the inspired “country-style” food of refugees from Acadia (part of Canada), Creole cooking contains more expensive, (originally) imported goods from Europe, the Caribbean, and even Africa.

This Creole tomato Sauce combines the seasoning pillars of the region into a versatile sauce that can be used to Creole-ify just about anything. It has all the basic items you’d find to start off a great gumbo, etouffee, or jambalaya but in a great topping for other dishes like seafood – a creole sauce for fish or the famous shrimp creole sauce.

You can also use Creole Sauce for chicken or serve it with grits and grillades (pan-fried pork or steak medallions).

Some tender palettes are undoubtedly scared of the fiery fumes associated with food from this part of the country, so I suspect you’re wondering…..

The truth is Creole and Cajun dishes often unfairly get relegated to “it’ll-set-your-face-on-fire” food status.

While some of the dishes do carry a punch, most authentic dishes do not, and this particular one just has a hint of Tabasco sauce.

(If you’re looking for a spicy creole sauce recipe, you should explore Caribbean creole sauce that uses a scotch bonnet or habanero peppers instead of Tabasco.)

What is in a Creole Sauce?

The first part of the sauce is the seasoning mix, and it’s so flavorful you’ll want to keep extra on hand to season other dishes. These herbs and spices are classics in regional recipes – bay leaves, thyme, oregano, and basil.

Sweet paprika adds a touch of heat, along with both black and white pepper.

White pepper isn’t necessarily something you have in your pantry, but I highly recommend making the purchase. It’s commonly used in Asian cuisine as well as in cream sauces where you want to preserve the white color.

White pepper is made from fully ripened peppercorns (black are plucked before they’re ripe) that are skinned and fermented.

The result is a more complex, really earthy flavor that’s not quite as hot as its black counterpart. We’re really trying to build a spice blend that hits all the different parts of your palette, here!

The cooking starts with unsalted butter, the fat of choice in Creole dishes (even roux), and it helps to soften the aromatic holy trinity: onions, bell peppers, and celery.

This combo is also called the Cajun/Creole mirepoix, putting their own spin on the traditional French version of onions, carrots, and celery. Garlic is practically an honorary member of this trio. Just be careful to keep your pan at medium heat so the butter doesn’t brown and the garlic doesn’t burn.

Fresh tomatoes get incorporated too which creates a lovely texture and adds a brightness from the natural acidity of these perky fruits. Some recipes use canned tomatoes, but fresh is a little more subtle in flavor which lets the other flavors shine through.

We’ll add some tomato sauce near the end of the cooking process to impart more of the traditional velvety tomato sauce mouthfeel.

I’m pretty sure Tabasco is served with every meal in New Orleans, even dessert, and we’ll want to add just a touch in this recipe.

The sauce was born and bred in Louisiana, bottled on Avery Island, and it’s a vinegar based pepper concoction, made from copyrighted Tabasco peppers, that carries a good punch but not so in-your-face you can’t handle a dash or two.

This simple but complex sauce only takes about 30 minutes to make, and it’s a perfect thing to double or triple and freeze. Just thaw, reheat, and pour on top of Blackened Chicken or grilled pork chops.

Add some to pan-fried shrimp and serve over some cheesy grits for an extra decadent dinner. The shrimp can even cook directly in the sauce to minimize clean-up after your amazing meal.

Creole Sauce dishes are traditionally served with steamed rice and a crispy loaf of French bread, and I’m a fan of keeping with tradition.

All that’s left is queuing the zydeco music and mixing up some rum-based beverage (Craiger Cocktail, anyone?), and you’ll be ready to serve up a little Louisiana magic. 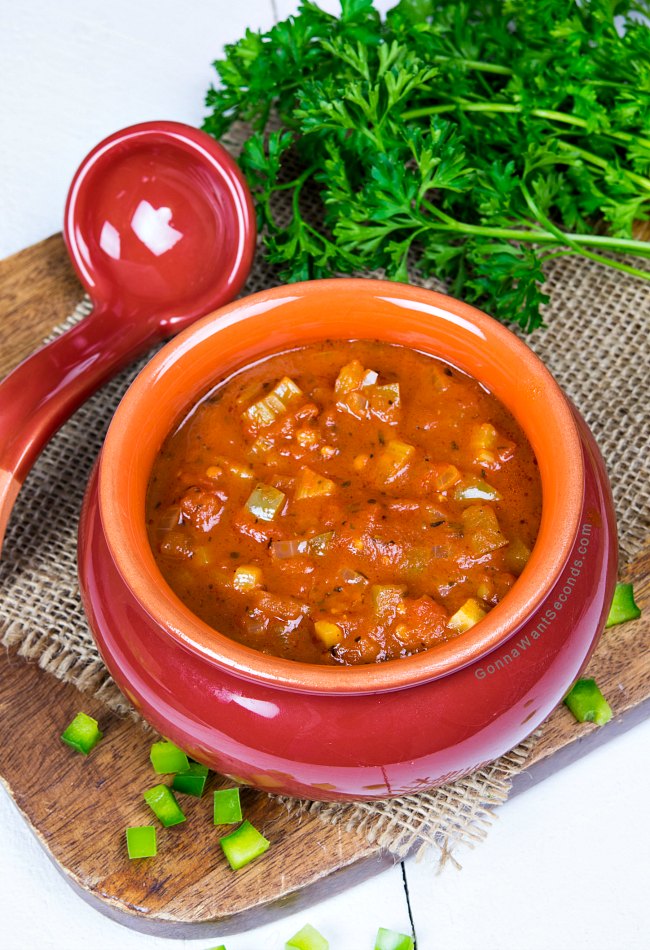 Stock stuff – I use chicken stock in this recipe since it has a pretty neutral flavor. If shrimp or fish is on the menu, though, I’d suggest substituting seafood stock.

Don’t throw away the shells, bones, or tails (or heads) if you’re cleaning shrimp or fish at home. Just rinse and add those bits to a stock pot with water and the usual aromatics (things like celery, onions, peppercorns, bay leaves). Unlike stocks made with chicken or beef, seafood stock will be ready to go in only an hour.

Freeze some to keep on hand for any seafood soup or stew!

Decadent stuff – If you want to up your game a bit, you can turn this into a creamy Creole Sauce recipe. Once your sauce is finished, reduce the heat to low and add about ½ cup – ¾ cup of heavy whipping cream, keeping the sauce at a very low simmer until just thickened slightly.

This version will work with any of the dishes you’d use the basic Creole Sauce for. I’d just recommend using pasta instead of rice to carry all that rich sauce directly into your mouth! 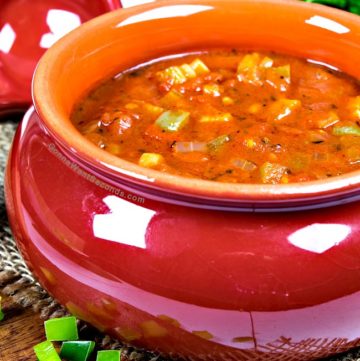 Horseradish Sauce Recipe –Complements everything from beef and pork to veggies and fries with its signature face-tingling flavor.

Jambalaya – Take a trip down the bayou with the best Jambalaya recipe for busy cooks! This smoky, meaty entrée will conjure warm evenings