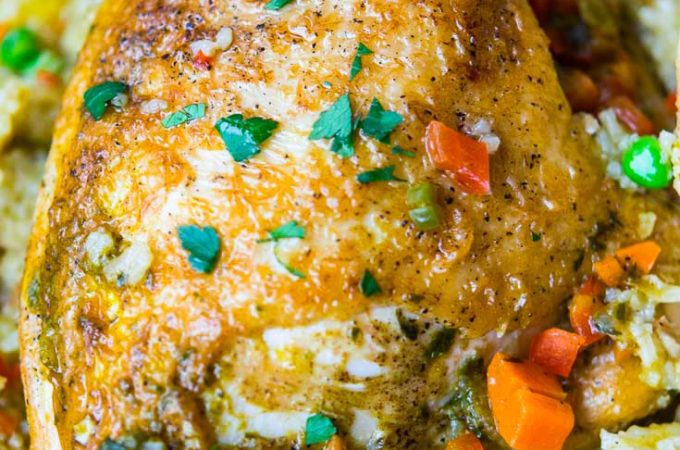 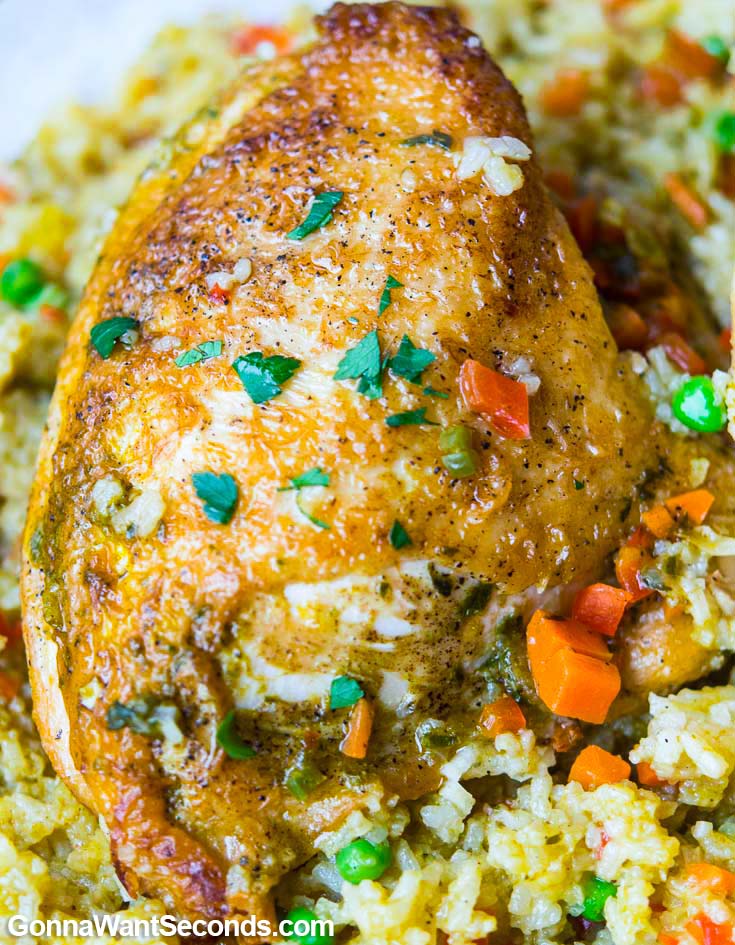 This exotic Arroz con Pollo recipe is one you’ll want in your arsenal. To add to the variety I touch on four more  below — and we’ll get to a fifth, Arroz con Pollo Colombiano another time! Seriously, there’s probably a version of this recipe for every month of the year.

Make it a first Sunday tradition to try each one! For the other days of the week when you are craving some south of the border cuisine, you might enjoy my Mexican Pollo Asado, Mexican Chicken Soup, or Mexican Meatballs! Read on for an overview of some key ingredients and differences among the various recipes. 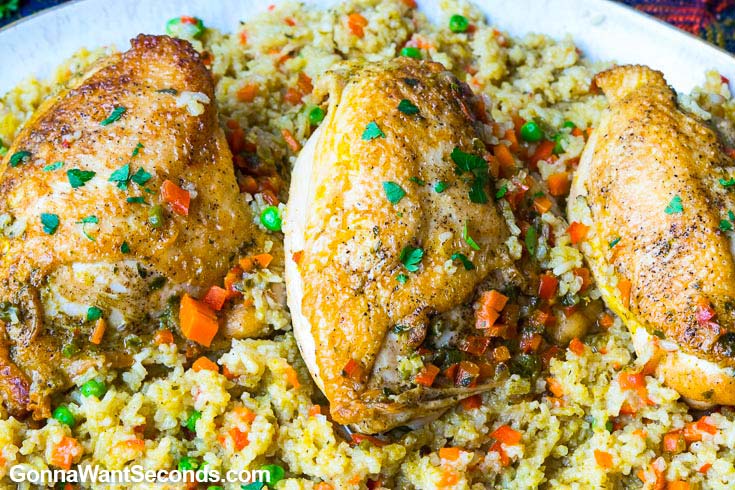 Arroz con pollo Peruano requires a few culinary skills. After pureeing the cilantro and browning the seasoned chicken, you will sauté the onion with garlic and other seasonings.

Then in the proper order, add the remaining ingredients and cook until the rice is tender. Peas go in last!

Despite the numerous ingredients we believe this arroz Peruano con cilantro recipe will prove to be worth the effort! 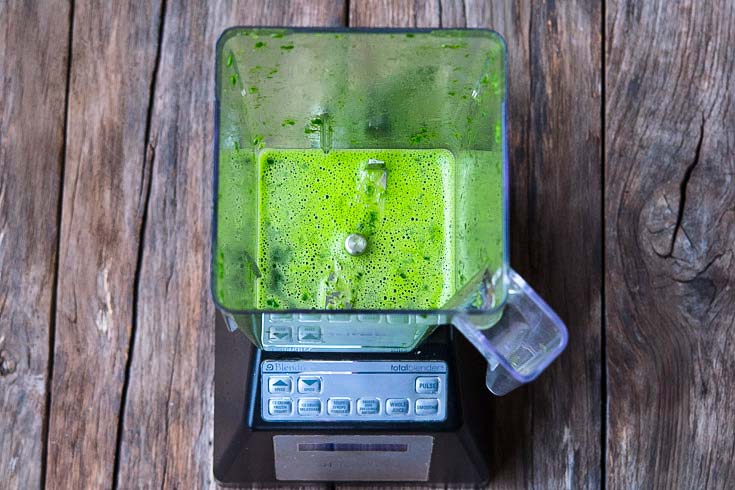 1. Puree cilantro in a blender. 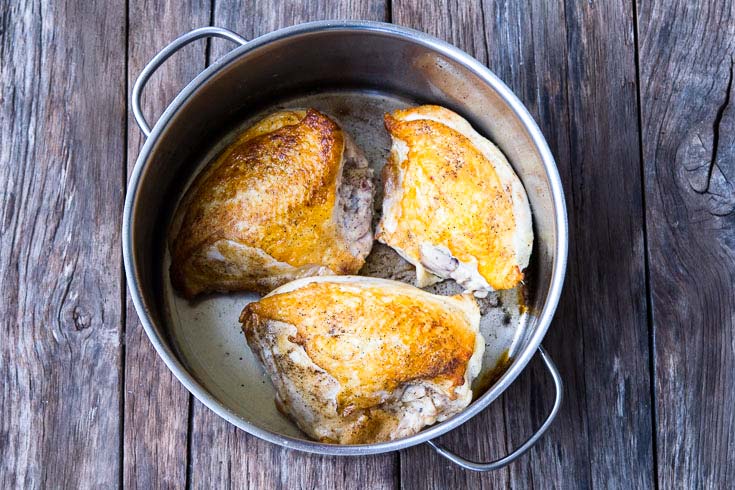 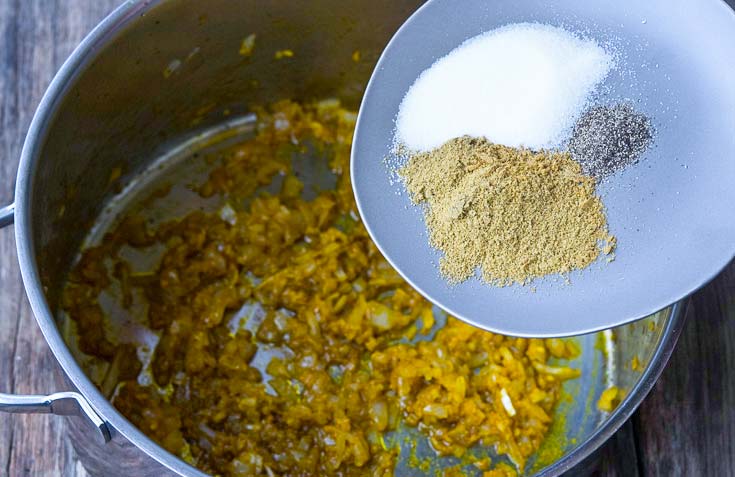 3. Remove chicken and keep 2 tablespoons in the pot. Add the onion, garlic, and yellow pepper paste. Saute until the onion is soft. Add cumin, 2 tablespoons of salt, 1/2 black pepper to the pot. Increase the heat. cook and stir until cumin becomes fragrant. 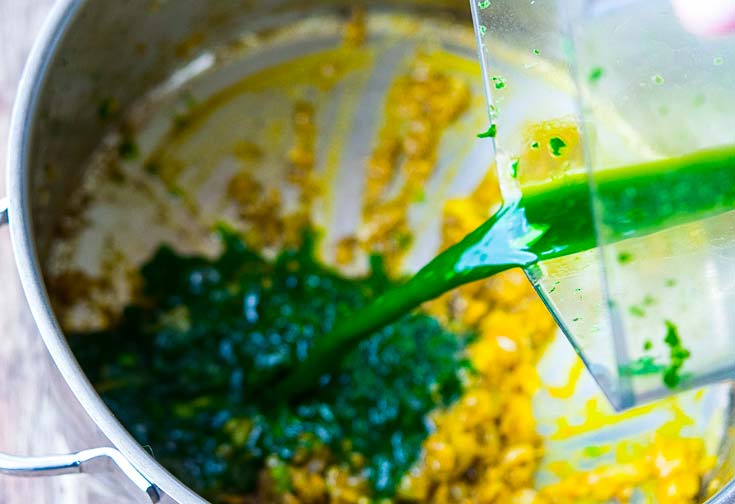 4. Add cilantro puree and continue to cook for 3 minutes. 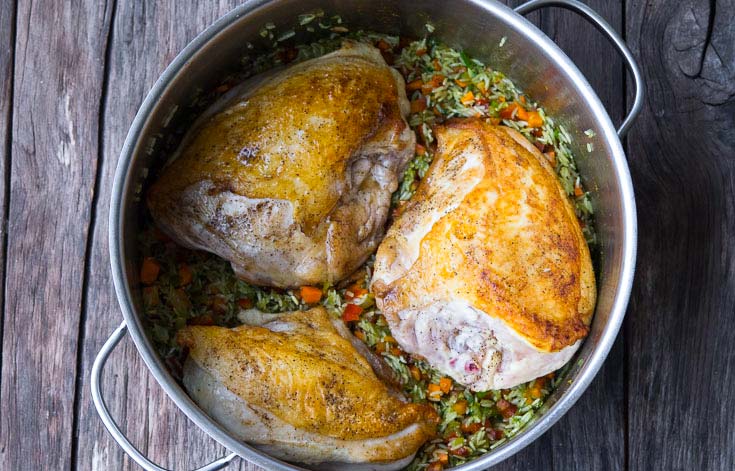 5. Add carrots, red bell pepper, jalapeno, rice, and the brown chicken back to the pot. 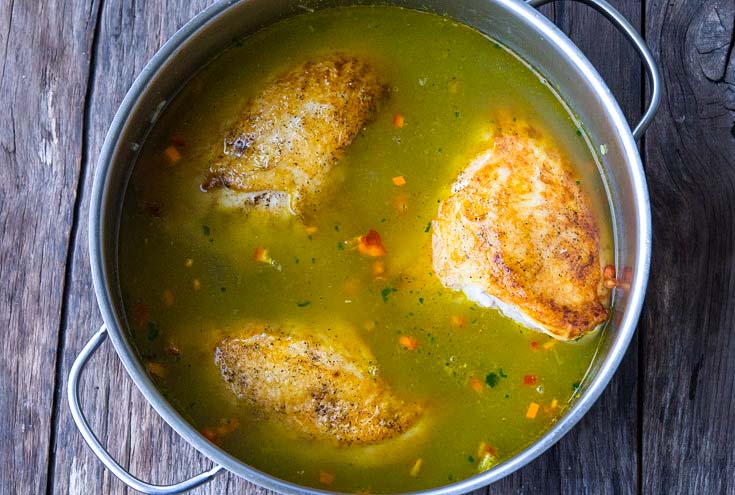 6. Pour in beer and chicken broth. Bring to a boil then reduce heat to the lowest setting until the rice is tender. Add the peas into the pan aand cook for 5 minutes.

How Is This Different Than Arroz Con Pollo?

Think of arroz con pollo as a Latin American analog to lasagna. While the basics remain the same, many cultures and households have their own favorite version of the dish.

With lasagna, the standard is something like long flat noodles, red sauce, cheese, and ground beef. But some people use eggplant instead of noodles, substitute in a different meat or omit the meat all together, and vary the cheese and sauce!

The same is true of Arroz Con Pollo – each version centers around chicken and rice, but the spices, veggies, and flavor additives vary from culture to culture.

Are The Ingredients Different In Mexican Arroz Con Pollo Recipe?

The Peruvian version has a few additional ingredients:  cilantro (with the stems removed), corn oil, diced carrots, diced red peppers, and a seeded and diced jalapeno. (One main difference between mine and the arroz con pollo Peruano Yanuq makes is corn.

I stick to carrots and red bell pepper along with the thawed frozen peas for veggies! Both the Mexican and Peruvian recipes use chopped white onion, minced garlic, cumin, salt, pepper, rice, peas, and chicken broth.

Why Does Arroz Con Pollo Cubano Use Bijol Instead Of Aji Amarillo?

Bijol, which comes from annatto seeds, has a more earthy, bitter taste that compliments the flavor profile of the tomato paste and oregano seasoned Cuban recipe. Aji Amarillo are native to South America, so availability is likely a significant factor in the choice as well!

Is Alcaparrado The Only Ingredient Difference In Puerto Rican Arroz Con Pollo?

What is Yellow Pepper Paste (Aji Amarillo)? This Arroz con Pollo Peruano recipe is made with Aji Amarillo, which literally translates to “yellow chili.” In Peru, Aji Amarillo is a traditional chili pepper often used in Peruvian cooking.

You might say (as PepperScale does) that it “heats the blood of a nation!” Yellow pepper paste uses these chilies and just a couple additional ingredients, like salt and oil.

Prepping cilantro: Rinse the cilantro well, because cilantro is often grown in sand! This dish doesn’t need any extra minerals!

Lager beer: Lager beer is “crisp” while ales are “fruity.” Lagers (think Budweiser and Heineken) use a different type of yeast than ales! You can pick up lager from the grocery or liquor store.

Rice preparation: People sometimes make arroz con pollo Peruano en olla arrocera. This means, “in a rice cooker”! In this recipe, I recommend cooking the rice in a large pot with all the other ingredients so it has time to absorb all of the wonderful flavors.

Another note: it might be tempting to throw everything into the pot at once, but you will cheat yourself out of some amazing layers if you do this!

Potatoes a la huancaina are smothered in a blended pepper, garlic, oil, and cheese sauce, and are traditionally garnished with hardboiled egg, lettuce, and olive. Yum! 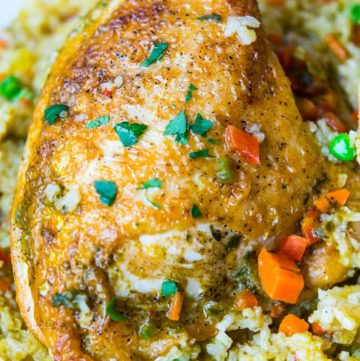 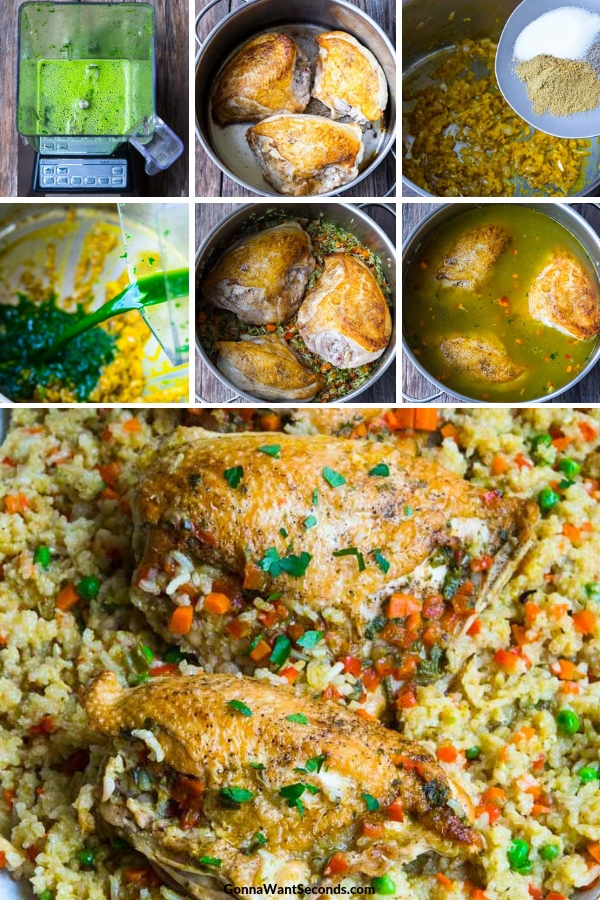