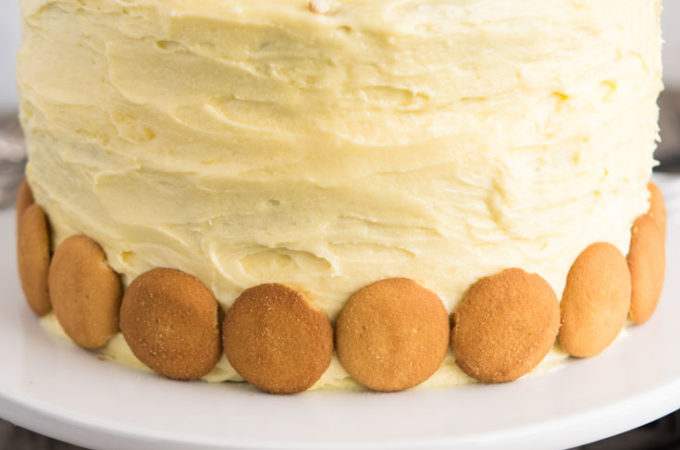 Our Banana Pudding Cake is an incredibly moist three-layer dream cake with a cream cheese pudding filling, lots of bananas, and a luscious frosting. I’m going to be really straightforward right now and state that I love cake, especially banana pudding cake. It’s so wonderfully delicious, and my banana pudding cake recipe is so easy

Our Banana Pudding Cake is an incredibly moist three-layer dream cake with a cream cheese pudding filling, lots of bananas, and a luscious frosting. 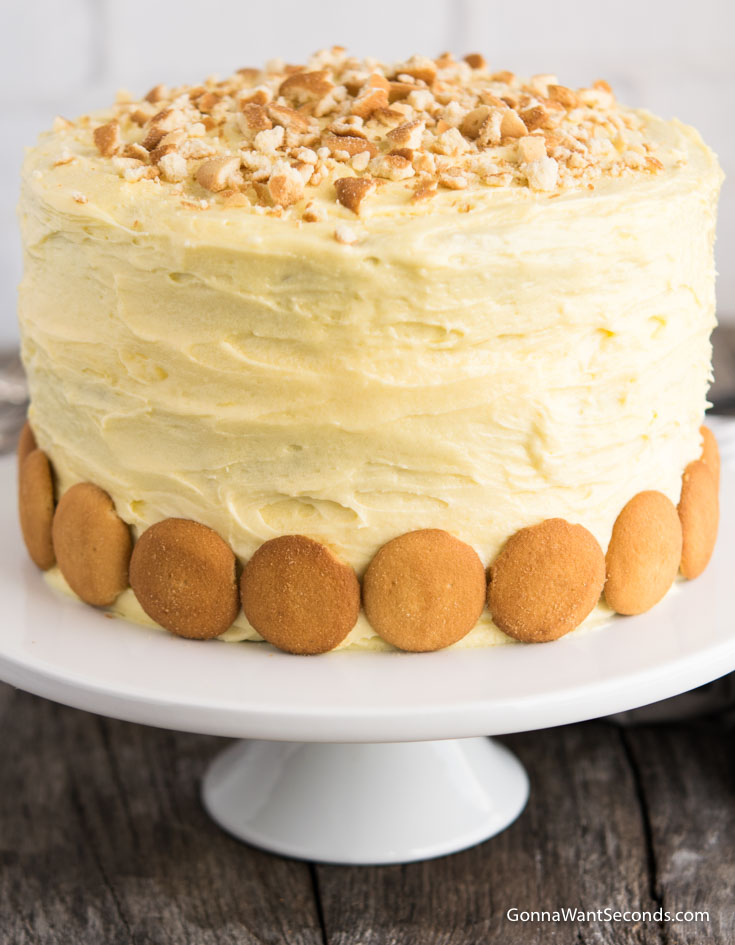 I’m going to be really straightforward right now and state that I love cake, especially banana pudding cake. It’s so wonderfully delicious, and my banana pudding cake recipe is so easy to follow that I probably make it more than I should. Save yourself the hardship of a banana pudding cake pinterest search, because I have exactly what you need right here. Pour a cup of coffee, let your bananas ripen, sit back and feast your eyes on the best banana cake recipe from scratch ever to exist. Of course, if you’re on the hunt for another moist, triple layer creation packed with banana and other tropical flavors, I have that too. It comes in the form of Hummingbird Cake, and it is amazing. But lets concentrate on bananas now!

WHAT I LOVE MOST ABOUT THIS RECIPE

How to make a Homemade Banana Pudding Cake:

Note* If there’s just no time for three layers, try my Banana Cake with Cream Cheese Frosting. This is a super easy, one layer cake made in a 9×13 baking dish. Sometimes, less is more. Only sometimes. LOL!

SAVE THIS BANANA PUDDING CAKE

TO YOUR CAKE BOARD FOR LATER 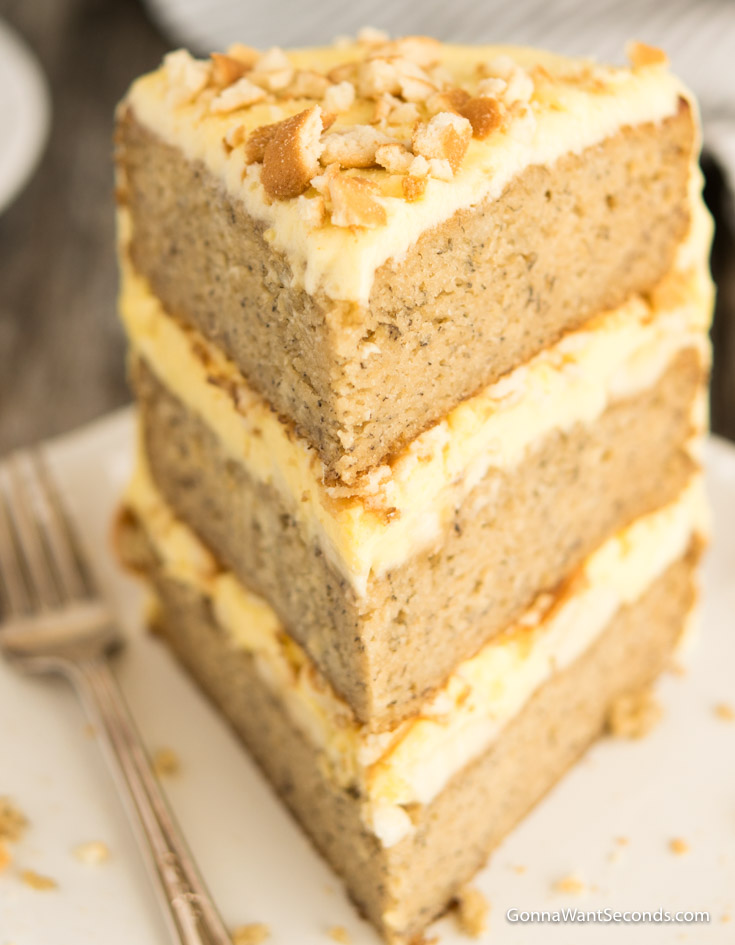 What are the ingredients for Banana Pudding Cake?

Note* Banana cakes can vary, so make sure you pick the best recipe for you and your family. The banana pudding cake recipe Southern Living lists is actually a banana pudding poke cake. Our own recipe for that will be posted soon, so be on the lookout! Also, this is not a banana pudding cheesecake, despite the call for cream cheese filling. 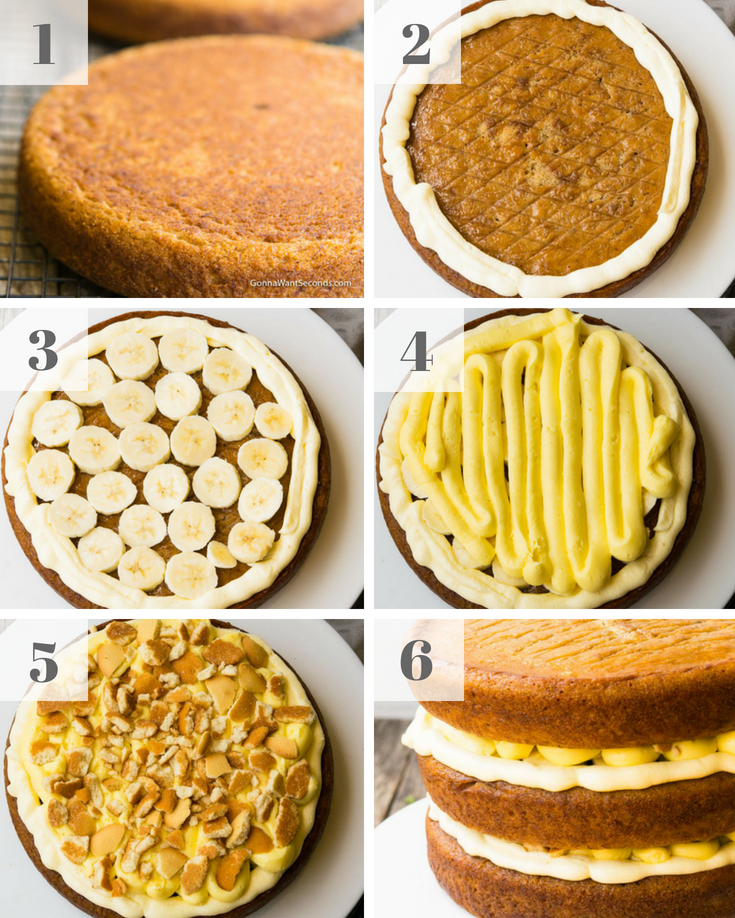 **See Full Instructions In Recipe Below** 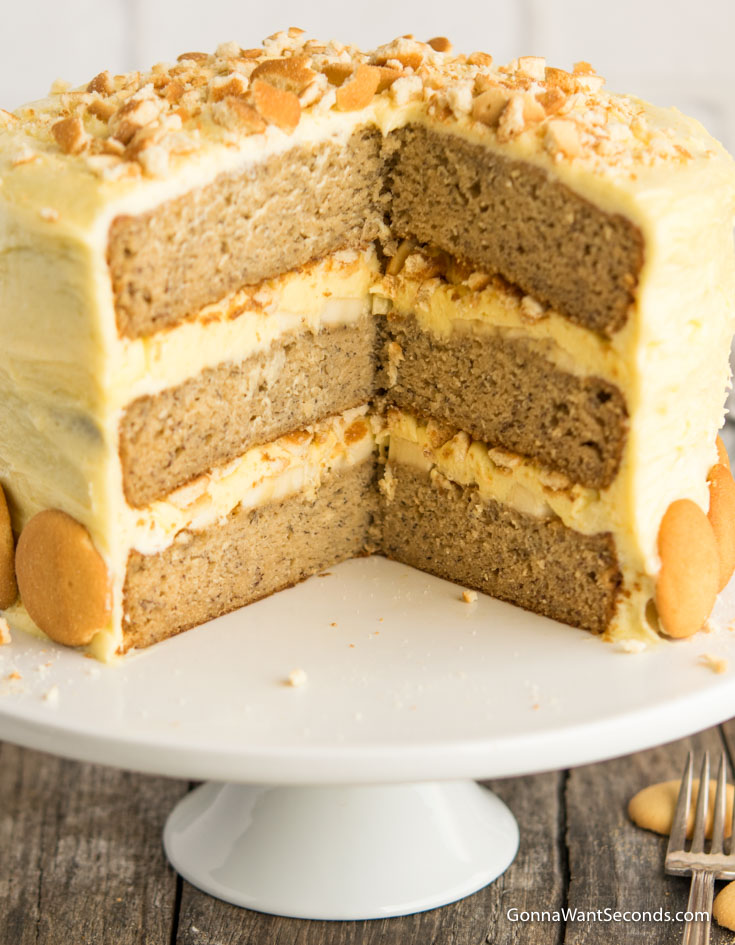 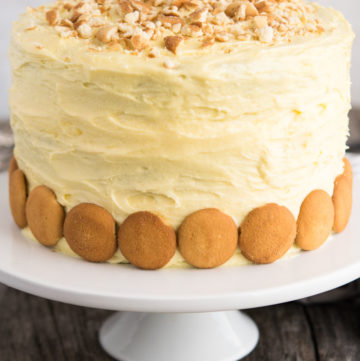 Vanilla Wafers: Vanilla wafers really do add so much to the flavor of this cake. Please note that the wafers will get soft, just like a banana pudding. While this happens to be my favorite part, I understand that others might prefer a different consistency. If you’re in that camp, I recommend holding off on the wafers and sprinkling them just on top when you’re wrapping things up to maintain the perfect level of crunch.

Make Ahead: You guys know I love a recipe that I can make ahead of time. Bake the cake layers a day or two before you actually want to put it together. This way, they’re ready to rock and roll when you’re ready to assemble.

Simply bake and let the cake layers cool completely. Wrap tightly in plastic wrap and place them in the fridge. They will come out deliciously ready for assembly.

Pan Release: Because theses cake layers are super moist and tend to be on the heavier side, I always line the bottoms of the pans with parchment paper then spray them generously with Nonstick Bakers Spray

Frosting: The frosting is thick but you should be able to spread. Use the frosting immediately after you make it so it doesn’t become too thick. If your frosting becomes too thick to spread, add whole milk to thin, a little at a time until you reach a consistency you want. 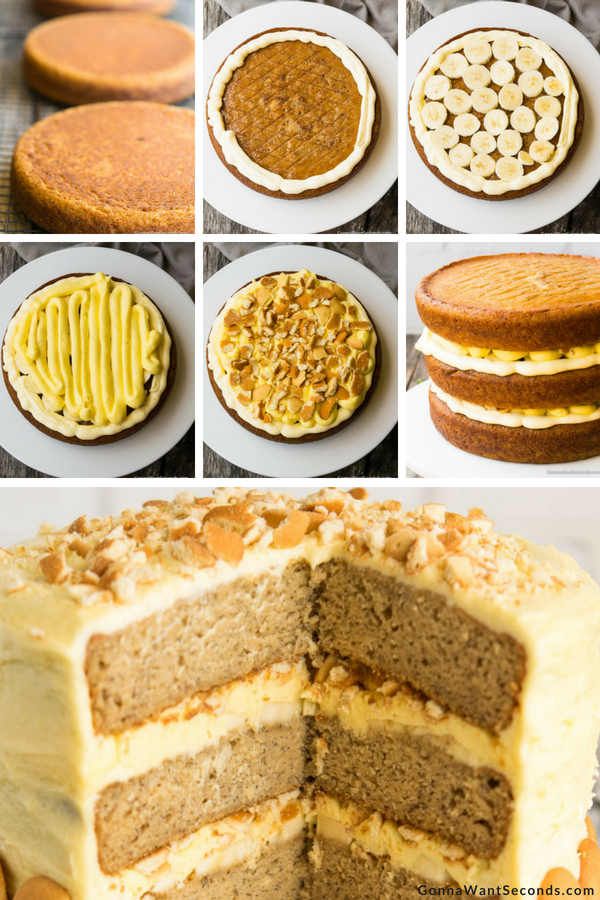