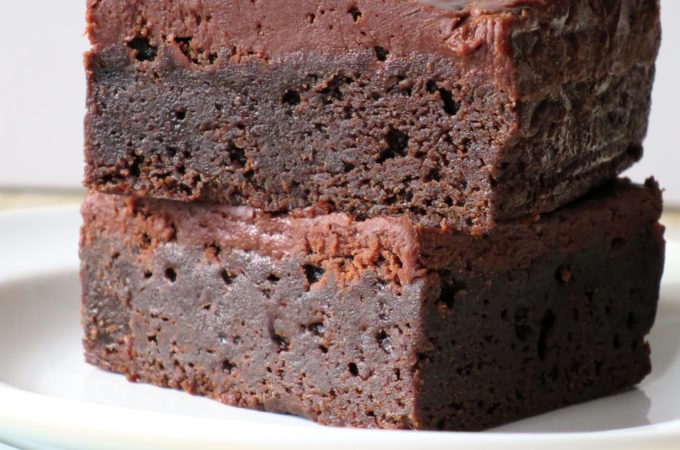 These frosted fudge brownies are the last stop on the road to sweet fudgy brownie bliss with a rich chocolate icing crown and a simple 10-minute prep time. 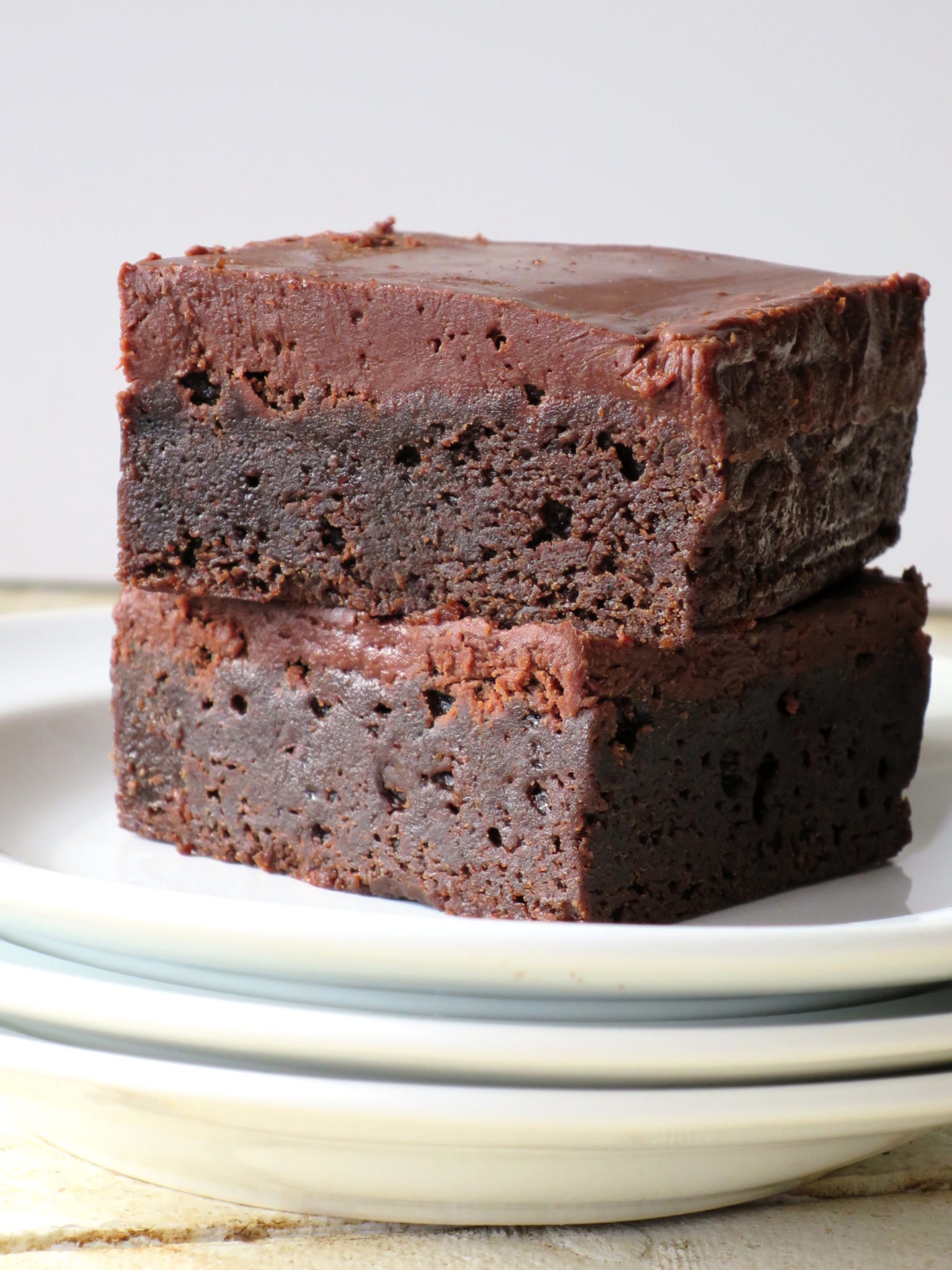 Oh MY!  This is it.  This is THE recipe for me. The ONE that I will go back to….and back to…and….  Well you get the picture! Imagine a chocolate, fudgy, dense wondrous brownie topped with creamy, rich, luscious, chocolate frosting…..this is THE Chocolate Brownie Recipe to answer all my chocolate cravings!  And let’s face it, we all need a chocolate fix now and then. Now, to make things even better, this makes a nice, big 9 X13 size pan of these amazing Brownies.  So you can satisfy your chocolate cravings and share. 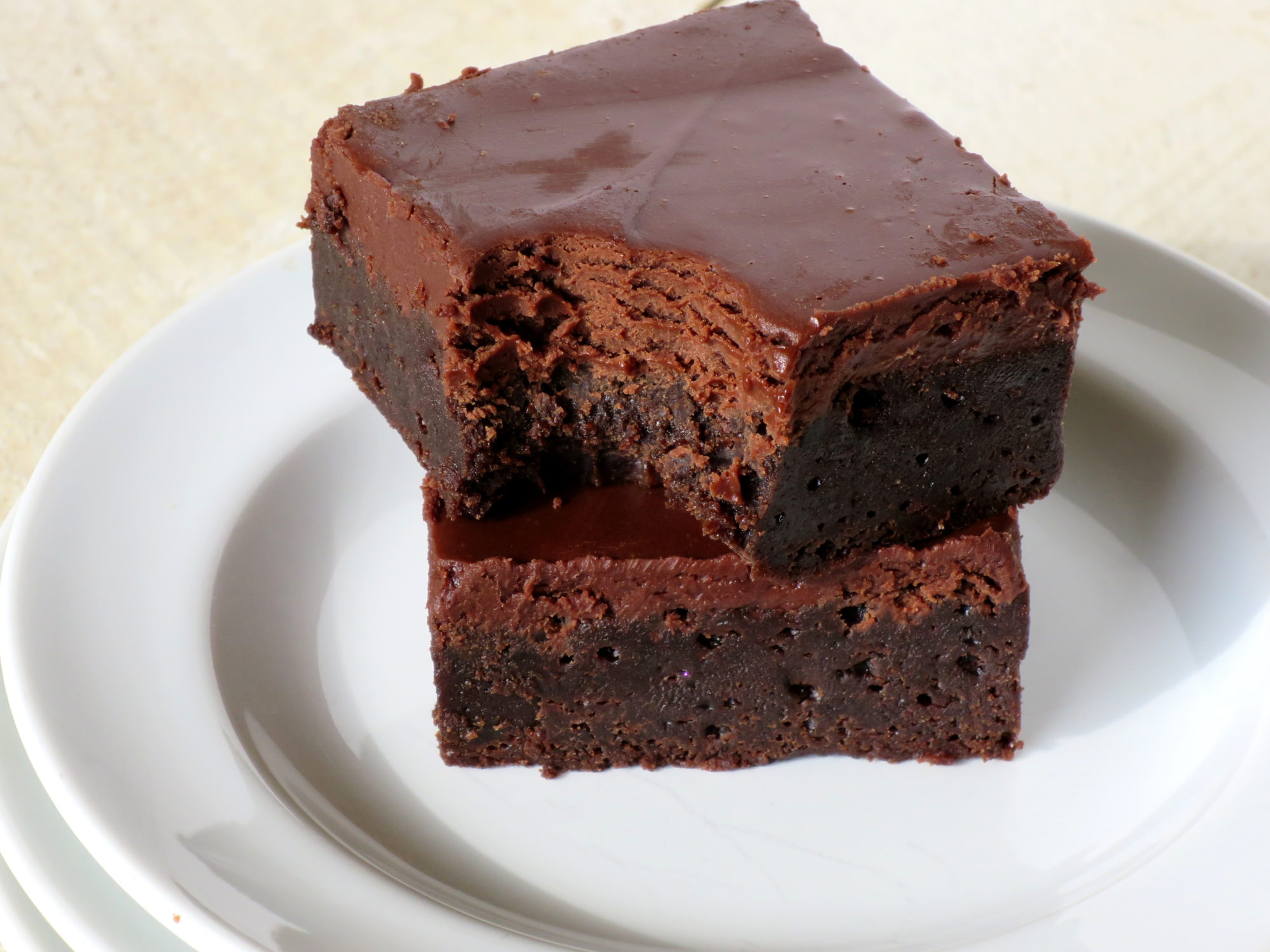 Just look at the incredible fudgy texture of these babies! They’re the Fudgy-est, Moistest, Richest Brownies I’ve ever had!  Bar none………..Remember that Mother Teresa said, “Peace begins with a smile.”  Imagine what could happen if you gave someone a great big smile and a great big Frosted Fudge Brownie…….now that’s a whole lot of beautiful PEACE!!!!!!

Recipe Notes: This is one of those recipes that technique is very important.  Don’t stress because the technique is truly easy peasy.  The instructions spell things out very clearly so it’s just a matter of following them to a tee.  If you don’t, your results will of course vary.  You won’t produce a thick, chewy, fudgy brownie with a thin crunchy top and those characteristics are what make this recipe really outstanding and separate it from all those other mediocre brownie recipes out there.

Here are a few of the specifics to be aware of:  The instructions have you add both sugars to the melted butter-chocolate mixture is essentially a double boiler over the simmering water with the heat turned off. Very specific but easily done.

Then the recipe calls for the eggs to be added in 2 stages to a melted chocolate mixture and for them to not be overbeaten. If the mixture is overbeaten at this stage, the characteristic of the brownies will change from fudgy to cakey.  Well, that’s not at all complicated!

The last little detail to look out for is, when you add the flour mixture to the chocolate, the recipe specifies using a rubber spatula to fold it in rather than using a whisk to whisk it to combine. 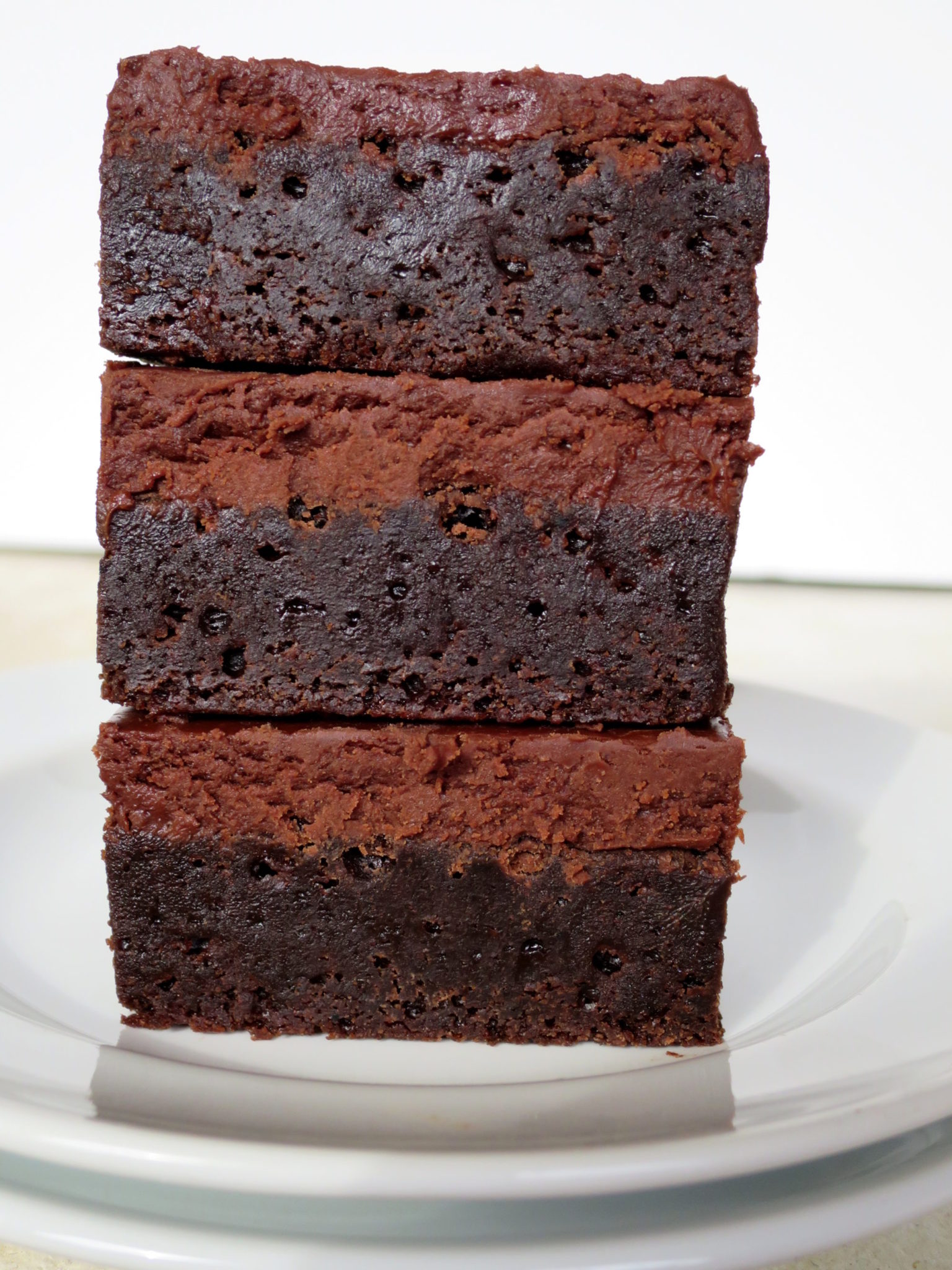 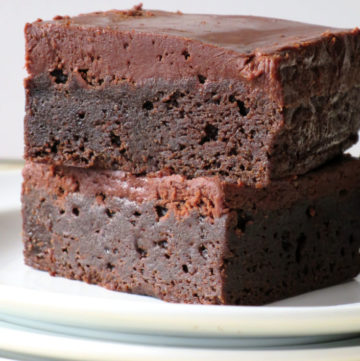