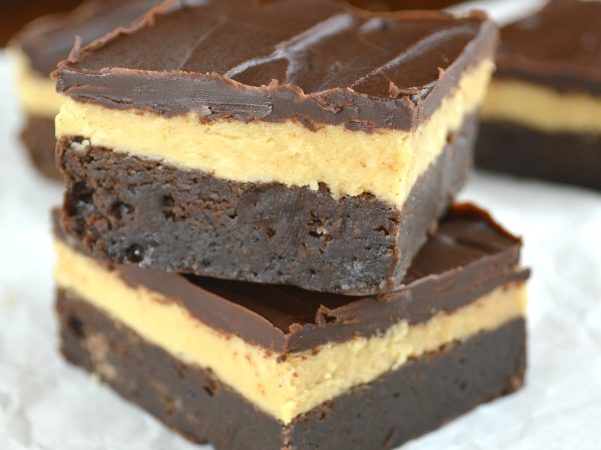 The pic says it ALL Dark Chocolate Peanut Butter Truffle Brownies-Rich, Decadent, and Fudgy – Oh my!!! There’s uphoria in every corner of these gems! 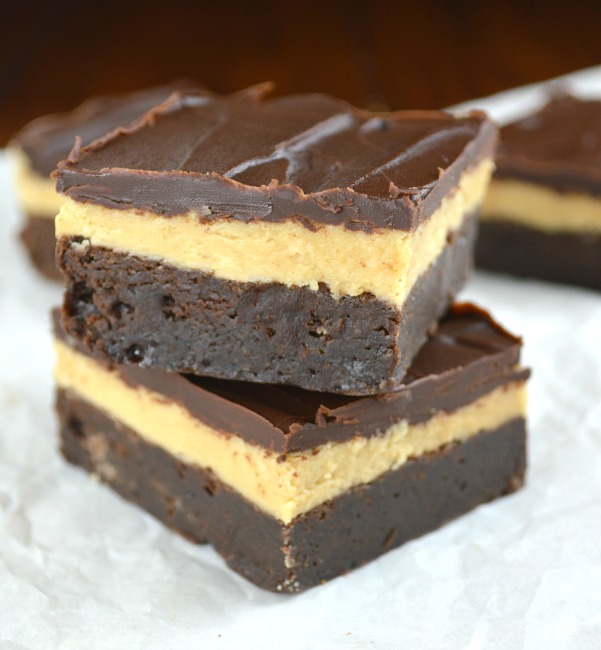 Oh, and did I mention, that the brownies themselves are dark chocolate and perfectly fudgy! 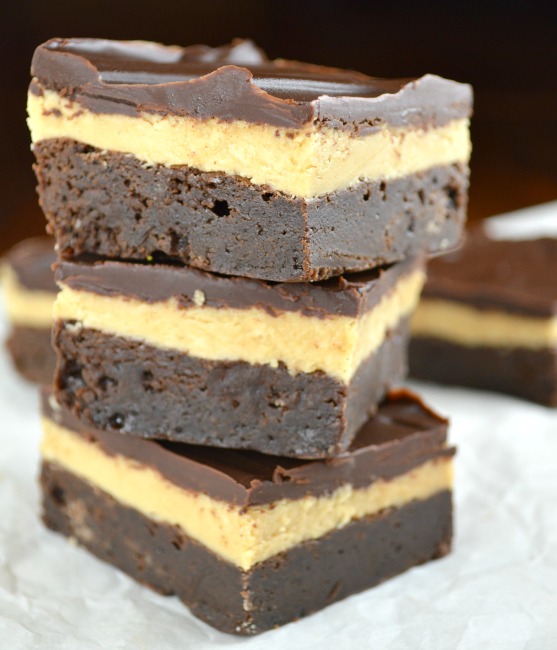 This recipe would be absolutely bomb made with semisweet chocolate as well. I know not everyone loves dark chocolate as much as I do! 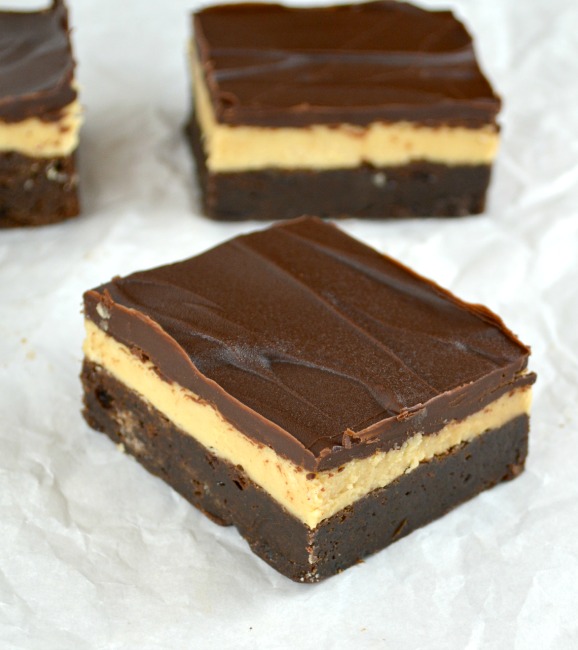 For the brownie layer, the technique is important to follow if you want the brownies to be fudgy instead of cakey. Don’t stress because the technique is truly easy peasy. The instructions spell things out very clearly so it’s just a matter of following them to a tee. If you don’t, your results will of course vary. You won’t produce a thick, chewy, fudgy brownie, but instead a more cakey version. 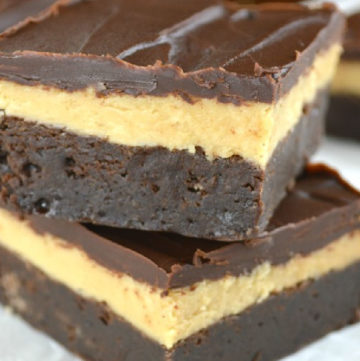 Size of Bag: For some reason, unlike Semisweet Chocolate chips which come in 12-ounce bags, Dark Chocolate Chips come in 10-ounce bags. Isn’t that strange? It seems like they’d come in the same size bags, doesn’t it? Anyway, I mention this because when you’re shopping for the items to make these brownies, I don’t want you to end up without enough chocolate chips!